I want to share the story of a client (with her permission, of course) who recently came to me with both physical and emotional pain. She is an energetic person, strives to live in a loving and open way and works to clear her own blocks and continually raise her vibration. For what seemed to be no apparent reason, she woke up one morning with severe full body pain and basically an emotional breakdown. For her, this was very unexpected, as I mentioned, she spends a good amount of time working on her own energetic field, meditating and doing journey work. While evaluating her, I could see that there was something in her field that was basically working to choke the life out of her, thereby causing her physical pain.  As I mentioned before, she continually did work on herself so she was very suprised she was in this state. 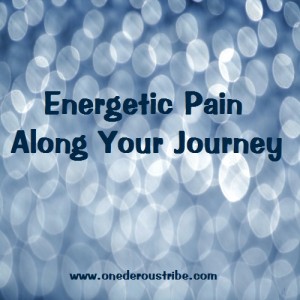 The point I want to make is that often we, as energetically guided persons, believe that WE are beyond all that.  WE have progressed and raised our vibrations so high that WE are not vulnerable to energetic viruses, past life issues, common breakdowns and days of just being weepy.  Not so my friend. It is because of your work to raise your vibration, to live in an environment and a Universe of love and energetic awareness that keeps us constantly evolving energetically. With this comes any and all anomalies associated with being an energetic being. Because of our work to constantly raise our vibration, any and all things not associated with our ‘highest good’ must go. That means, anything buried, deep or otherwise will, at some point, raise it’s ugly head and demand to be dealt with. Sometimes this is painful, sometimes it takes awhile, often there is fear and sometimes we think we might not make it out alive. But you will….your journey, your mission here is to collectively raise the vibration of our Universe. In order to do that, there is work, there might be pain, there will always be fear. There is the need to not only go inside yourself and clean house but to reach out to others that can walk part of your journey with you. During this time of vibrational ‘shift’ we are all going to feel something. Some of it uncomfortable, maybe even painful and fearful…some of it absolutely amazing and joyous. Know that you, as a universal light being are right where you are supposed to be at this moment. To be prepared for your next purpose, you will go through .  These will present themselves and be dealt with just as the divine order has mapped for you. Allow yourself to be present each moment, each day. Be Aware of your feelings, emotions, your intuition, your gut feeling. Make time to give it the Attention it deserves and know that in doing this your vibration willAscend with the collective vibrations of the Universe.

What are they and why do they hang around?

A major part of my spiritual and healing work is clearing people, objects and places. I started doing clearings about five years ago when I found that removing entities and energies could help people in their healing journeys. Earthbound spirits/entities are frequently found in people’s energy fields and also in houses, cars, pets and other objects. I use a compassionate approach to clearing that moves them to the spiritual plane so they can continue on their paths of spiritual growth.

Earthbound spirits are the energies of people who have passed but did not move to the spiritual plane. They are around us in the astral plane which is very close the vibration level of our physical plane. The astral plane is a “gray” place and attracts many entities of all kinds. It is stagnation, darkness, despair, and a holding place for many spirits that should be moving on.

There are several types of earthbounds frequently encountered. One of the most common are those who were addicts in their physical lives. They do not move to the spiritual plane through fear of not being able to satisfy their cravings.   They do not understand that these things tied to an incarnation are released when moving into the spiritual plane. Because they’re here, they are looking for compatible vibrations to link with. They do get vicarious satisfaction of their cravings if they’re in the energy field of someone indulging in the same habit whether it’s drinking, drugs, etc. These beings frequently hang out around bars (where alcohol can lower resistance of the living) and AA meetings (looking for someone they can coerce into drinking again).

Another type of earthbound is the unchurched person who is unaware that there is any concept of consciousness after physical death. They are weirdly surprised and then almost start acting insane as they make up explanations on why people ignore them, don’t see them and won’t talk to them. They bumble about trying to figure it out (like Bruce Willis in 6th Sense). They just need some guidance to move to the spiritual plane where their memories and understanding will be restored and they can move on.

There are also those who did go to church, believe in eternal damnation leading to hell, and are convinced they erred so much they will be condemned in judgment if they go to the spiritual plane. This is probably a real risk but not for the reason you think. I do soul retrievals from hell with my guides. There is no objective hell but if you die, believe in a hell that you can visualize and believe that you deserve to be there, free will may allow you to create that scenario. Part of working with this group is helping them understand that there is no hell and that the spiritual plane is all about loving support and return.

The next group are what I call the Great Aunt Sallys. These are people distantly related who get in your energy field to “help” you do a better job in running your life. They are meddlesome, coercive, and again, an energy drain on you. In most cases, earthbounds in your energy field are unnoticed but they are always an energy drain and better off going to the spiritual plane and leaving you.

One other group that I sometimes have to address are energy shells. When some people die, their energy essence goes to the spiritual plane but they leave a copy of their memories and essence in a shell. The shell believes that it is that person and tries to act as them. These frequently come through to people dabbling with Ouija boards and can be quite convincing with factual information. However, they are corrupt and usually start trying to coerce those getting the information. These are also one of the explanations behind ghosts who repeat patterns such as walking down hallways and then disappearing. They’re almost following a programmed script. When encountered, these shells are usually dissipated with the help of spiritual beings.

Overall, it is a privilege to be in a position to help these spirits move on. It benefits both the spirit and any person who is being affected by their presence. The removal process is usually straightforward and is always combined with identifying and clearing many other types of energies. Feel free to call if you have any questions (303-902-5323) or check out my webradio show www.blogtalkradio.com/DavetheMystic . I have several recorded shows discussing clearing in more depth. Blessings! 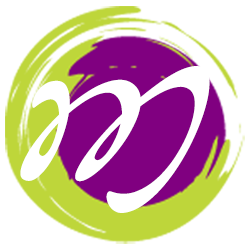